There is a quote by the author and poet C. JoyBell C.: “You may feel very secure in the pond that you are in, but if you never venture out of it, you will never know that there is such a thing as an ocean, a sea.” It is true that the familiar is comforting and safe. I like living in my pond. I know my pond well. I have a certain sense of power and control within my pond because I know what is expected of pond life. However, meaningful change is not made in the pond. I could not expand my world view or become a better contributing member of society. The only way to change a pond is by branching out into the oceans. This metaphor, which I have drawn out, exercises my belief that comfort zones are made to be abolished. The world will never be a perfect place, leaving room for constant change and improvements. This is the terrifying beauty of leaving one’s comfort zone: the world is able to progress.

This change is not always drastic, but it is always apparent.

​In the beginning of high school, I was uncomfortable working with students with special needs. I was worried about saying the wrong thing, not having anything to talk about, and generally not knowing how to communicate with anyone that I saw as so different from myself. Then, my sophomore year, I was offered a job tutoring a student with autism and muscular dystrophy. I will name him Mike. I was potentially the least qualified person to accept this job. I was afraid and nervous; the idea of messing up terrified me. I prided myself on my friendliness and personal academics, but what if I was a terrible tutor for Mike? What if he hated me? What if he failed all of his classes because of me? In retrospect, these fears are unrealistic, but I believed them whole-heartedly at the time. I took the job not just to help Mike, but to help myself. I knew that I could not continue through high school or into college without learning more about the autistic community. I was faced with an opportunity to learn to get along with someone incredibly different from myself. For me, Mike became an ocean of possibility.

Working with Mike was initially as overwhelming as I had imagined. On the first day, History homework caused a total breakdown. Many tears and tissues were involved. I awkwardly rubbed his back, telling him that he was going to be okay. Working with Mike showed me that he was smart—much smarter than I would have ever guessed. A straight-A student, Mike had a special aptitude for Math and Science. He struggled not with doing the work, but with managing how much work there was to do without getting overwhelmed. As I learned this, I began to alter my approach to working with Mike. I realized I had to stop being quiet and timid; I had to be his cheerleader. I could not carry a negative attitude, and I had to tell him that “We would get it done!!” no matter how much work he was given. Eventually, this positivity and outgoingness became habitual. I grew happier, approaching my own life with a similar can-do spirit. I can’t do this all the time, but it has become a much more frequent habit which has inevitably made me a happier person.
​As a Psychology major hoping to one day practice clinical psychology, the ability to communicate with a variety of people is very important. A good psychologist must be understanding and willing to adapt to and accept ideas different from their own in order to give proper counsel. Working with Mike has taught me the importance of open-mindedness. I would never have had the opportunity for growth had my comfort zone not existed, or had I not had ability to leave it.

While working with Mike, I began to consider other cultures and peoples that I may have inadvertently blinded myself to. This is the most important consequence of leaving a comfort zone; my world and the way I thought expanded and grew. This is a critical tool in creating a functioning democracy. America in particular is diverse not only ethnically, but in political views and opinions. By reaching outside of what is comfortable and rhetorically, closely hearing one another, American democracy has a chance to flourish. The American vote and government is derived from an informed electorate, but an electorate cannot be informed if everyone stays in their comfort zone, unwilling to listen to views or people different from themselves. I never would have gained the confidence to talk to and work with other children with disabilities had I not worked with Mike. I would have remained close minded and timid had I not been willing to grow my pond of experience.
In some middle eastern nations, women’s rights suffer as a result of an inability to leave traditionalist ideals. It is incredibly difficult to have an open dialogue, thus hindering chances of fair democracy and women’s equality. The refusal to leave the familiarity of tradition and safety of silence is tempting, yet some brave women are fighting against the oppressiveness of their countries.

The state of women in the Middle East is not a “comfort zone”—certainly not in any traditional sense. But Middle Eastern nations that have receded into a state of female oppression have done so out of fear of the unfamiliar, and to maintain tradition and sameness. The same fear of the unfamiliar is what keeps me trapped within my comfort zone. Women in many Middle Eastern nations are personally safer adhering to their laws and cultural norms. The strength that some women have found by speaking out against these oppressive traditions and regimes has had impressive, life-changing consequences.
​I would like to imagine that I could be this brave if I was in their shoes, but I can’t say that I would be. Still, by acknowledging the barriers I have yet to knock down, I see a potential within myself for growth. In this way, the world owes a debt to the comfort zones that hold us back, because they give us an opportunity to destroy them and learn. Working with Mike was one of many steps I plan to take to stretch the limits of my own convictions.

By reaching beyond what is comfortable, beyond what is expected, true growth and learning is achieved. It may be daunting to leave the pond, but the oceans are full of opportunity. 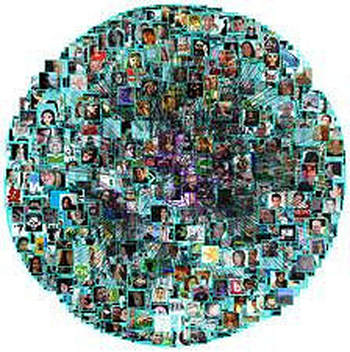 Works Cited
Kelly, Sanja. “HARD-WON PROGRESS AND A LONG ROAD AHEAD: WOMEN’S RIGHTS IN THE MIDDLE           EAST AND NORTH AFRICA.”